I love the evolution of a story.

Sometimes, for me,  it begins with a voice.

Others, it’s just a spark on an idea. As I listen and invest my time into the idea, it grows. It becomes a world with places, people, and events. It develops a past, a present, and a future. Its inhabitants get families,  friends,  jobs. They have regrets and flaws and hopes and dreams just like anyone else. It becomes their story and they tell it. I just listen and write it all down.

But it was Keon’s voice that was stronger. Keon who told me when and how they met. How she captivated him and threw him off his destined path. How they loved and lost. And it was Keon who told me their story. He broke my heart and made me cry. For he’s never stopped loving Darcy and now fate brought her back into his life, death is ripping her away. And he told me he was her doctor he was the one to break the news. So this story became Keon’s and Keon’s alone.

You know it’s funny, the evolution of a story.  Because Darcy isn’t happy with the way Keon is telling their story. Hates the way she is being presented. So now I hear Darcy. There are things she wants to do and things she needs to say. So maybe it’s not just Keon’s story after all?

Like I said, I love the evolution of a story. I love the way the characters take this spark of an idea, bring it to life, and make it their own. I love not quite knowing if the path I’m on is the one I’ll stay on right to the very end.

My entire story has changed since the first time I met Darcy and Keon. It’s still very much two broken hearts fighting to forgive, fighting for closure, fighting to overcome the inevitable need for acceptance. But what is their fate?

It’s All About Change 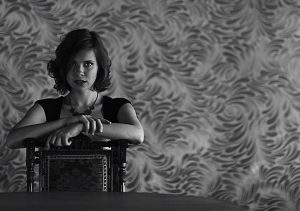