Cal was as white as one of the sheets of paper still floating in the air. He was probably more stunned than I was. I couldn’t quite fathom what had just happened. He turned. I stepped. But how did his hand end up on my face? This just wasn’t possible. He just wouldn’t do that!

“Oh, God.” The words gushed out on the air he breathed. No voice attached to them. “Faith, I’m sorry.” Tears filled his eyes. “Faith, please…” He stepped forward, his hands hesitant as he reached for me. “Say something.”

I stared. I tried to see the man in front of me as my husband, but he was someone completely alien to me. I searched his expression, but there was nothing to quiet any of the alarms screaming inside my head. Calvin wouldn’t do this to me. “Why?” a shocked whisper asked, and I wasn’t even sure it was my voice.

He breathed a name as if it would heal everything, but it didn’t. It only made it worse, and I stepped away. He’d just belted me in the face because of his dead wife? This excuse was getting tired. Four years! Four years of marriage and he was still throwing this at me? Hell no! He was not! “We’re done.”

“You make a big fuss of Christmas right from December first.  It’s like you’re rubbing it in my face.” I walked away. “She wouldn’t begrudge you for moving on with your life. But I’m not going to begrudge them both for dying, which I will if we stay married.”

“Faith.” Those big hands wrapped around my wrist. He forced me to turn back, and I toppled into his strong arms. “You promised you’d never walk away from me.”

“They’re like poison.” He flinched. “I’m sorry, it’s an awful thing to say, but you never talk about them. You bottle it up and it’s toxic to our marriage. This is the result, and it will only get worse, Cal.”

“No, I’ll never —” Calvin his eyes dropped away from mine. “Please forgive me.” He clung to me like he expected the moment he let me go I’d run for the hills. He was right. I didn’t care if it was Christmas Eve, the second he let me go, the kids and I were gone. “It’s not Emma, it’s…” His grip tightened as his eyes closed. “It’s Evan.”

It was the first time I’d heard his name. Until that moment I didn’t know the baby had a name. In fact, thinking about it… I didn’t even know he was a boy.”

He was ten weeks premature and in the special care unit for twenty-four days.” Oh … oh God… he had two funerals in one month? His wife’s and then his son’s? I think my heart broke for him all over again in that moment. “He died six years ago today, Fay.”

I felt terrible. Why hadn’t I worked out the math before? I knew Emma died eighteen months before we were married, and that would have been December ’76. So of course, Christmas was hard for him. How insensitive had I been all these years, making a big deal out of the holiday season when it tortured him so?

“Why didn’t you say something?” I whispered as I folded my arms around him. “Anything.” Tears filled my eyes. I’d caused him so much pain. “I’m so sorry, Cal.”

“Shush.” His hand stroked the back of my hair as he held me. “I didn’t say anything because you love Christmas and it’s magical for the children because of all the effort you make. I’m sorry. I didn’t mean to hurt you.”

“Does it hurt?” Yes. Suddenly, my cheek was smarting like I’d been in the ring with the world heavyweight champion. I shook my head. “It looks like it could do with some ice or something.”

“I’ll live,” I said.“Maybe I should kiss it better?” He asked with a mischievous twinkle in his eye. But I don’t think he quite believed his luck when I wholeheartedly agreed. 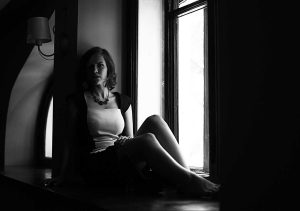 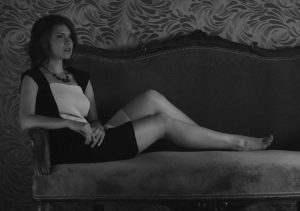 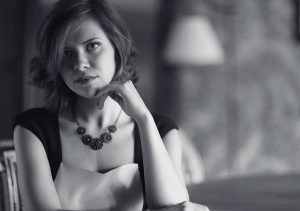