Late Friday night my now official fiancé brought a courier parcel through to the bedroom and dropped it on the bed. It’s a large parcel, it’s heavy and it’s the third one I’ve received this week. I have no idea what it is. The bizarre thing is I’ve had Mom on the phone this week. She’s acting like nothing happened and we spoke every day for the last eighteen months instead of not at all!

She’s already sent me a dozen brochures of what appears to be venues and wedding services across the entire state of California. How’s she’s found out these things so quick I have no idea but she’s made it clear that my parents think it’s time Wayne and I set a date and of course, the Father of the Bride is paying for it. So I can have whatever I want.

I’m hesitant to open this new parcel. The last thing I want is another hint. I haven’t quite got around to telling Wayne the full force of my parents’ sudden change of heart. But this is a square black folder and I’m curious to flick through it. It’s a portfolio. It’s my portfolio!

The accompanying note says just five words; I was a bitch. Sorry. I knew instantly where it had come from and I wanted to wrap my portfolio around over publicized face and mangle up her too hot to resist girl next door features. Ashleigh!

She’d kept this from me for eighteen months. She’d claimed she had no idea what I was talking about when I asked my older brother to get it from her for me. She kept a rift between Sean and me because she was his best friend and she had a score to settle with me.

Well wasn’t she getting her just desserts now?! Karma was a bitch and she hated the idea of press attention the way us mere mortals hated the idea of the plague. It was why she had escaped to New York City, away from her mother who was soap land’s most evil villain, and her twin sister whose first movie had recently died a thousand deaths at the hands of a public scandal.

So I hope she suffers long and hard because filling column inches dating television personalities and soap stars like Tristan Micheals, Fletch Wickham, and Dex Leighton was a real hardship wasn’t it?
“I thought you’d be happy to get it back.”

What? I looked up. He’s noticed I’m pissed. Well, that must be a first for this week. He’s been off his game all week. He’s sullen. He keeps looking at the daily newspaper and tossing it to one side as he mutters. I think it’s a work thing. He’s usually restless when his job is on his mind. But he can’t talk to me about what homicide cases he’s investigating. We’re meant to go out for a walk along the beach tonight but I know he’s not in the mood.

But I don’t want to talk about Ashleigh. I know I stole her boyfriend but didn’t I make the first move towards fixing this? And she’s thrown it back in my face. She can go to hell. So instead I’m going to focus on whatever is bugging my future husband.

Whenever I asked this question and he shrugs I know he isn’t going to tell me. “I’m fine.”

“No, you’re not.” I close my portfolio and put it to one side. “Please, I hate to see you like this.”

He takes a deep breath through his nose and releases it was a long sigh before he admits. “I’m just not sure how I feel about Ash being all over the press like this, that’s all.”

By this, I’m perplexed. But then it hits me. His ex is dating celebrities and it’s like he never existed and that’s one helping of a major ego blow dished up and served to my fiancé. “Are you jealous?”He frowns at me. I’ve thrown him off balance with the question. But he takes a second to consider it before he shakes his head. He has this telltale little boy innocence in his expression when he’s genuine. So I believe him.

“So what’s this really about Wayne?”

“I wasn’t good enough for her was I?” He sighed “The reason I was never invited to LA is because she’s practically royalty over here and has celebrities queuing up to date her. How could I ever compare?”

Wow. I think my heart just shattered into a million pieces. I wish I’d never asked because I didn’t need to hear that. I pull away and he instantly reaches for me. I think he knows he’s just done irreparable damage. I scramble to my feet. I don’t believe it.

“I gave up my life for you” It came out on a gush of air as my lungs started to grasp at oxygen I wasn’t taking in any more. “And you’re still hung up on her!” I turned on my heels. I needed to get away from him.

“No of course I’m not!” Wayne chased after me and that’s the problem with our apartment. You step out of the bedroom and you’re in the lounge, the kitchen, and the dining room all at once. So I can’t run away from the fight I started. “I’ve just found out this week the woman I was dating for six months was a child star and a major celebrity and I had no idea!”

What?! I stopped and turned around. Of course, he knew. He must have.

“I didn’t know who her Mom is” He shouted “Her name’s not Valentina and she never let me meet them so how was I supposed to connect the dots from they’re kind of well known. But it just proves to you, doesn’t it? No matter what she said about falling for me, I was never good enough for her, was I?”

“What’s wrong Wayne?” I hissed “Have you just realized you picked the wrong friend after all?”

The back of a hand whipped across my face so fast I didn’t see it coming. Pain screamed through the side of my cheek as the force threw backward. I hit the wooden floor with a thud. Didn’t that really just happen?

No. It couldn’t have. I closed my eyes for a second. When I opened them I was still sat on the floor. My ass was still smarting from the shock of landing with a thump. It did happen. Wayne had just hit me!
I had to leave. I scrambled to my feet. I had to get out of there. I needed to go somewhere I could think about what had just happened. I turned my back on him without so much as looking at him. I grabbed my bag and my keys and I headed for the door.

“Jules” He stepped in front of me.

“Where are you going?”

“Please” He grabbed my arm and I just looked at his hand and then at him. He let go like my eyes had invisible lasers that had burned him. “I’m sorry. Please let’s talk about this.”

I can’t believe he hit me. I run out of the apartment and climb into the car so fast. And the tires screech against the asphalt as a swing the vehicle backward from our parking space. There’s only one person I know who can make me feel like this really isn’t as bad as I think it is. I drive towards the Valentina Estate in Malibu. I know that Ashleigh’s Mom will be there if Ashleigh isn’t.

The highway is deserted so the drive should be relatively quick. It will be less than an hour. But my car starts to pull to one side. The wheels feel unbalanced. I pull over and the brand new tire’s gone down. I check my bag. Damn it. I haven’t got my cell phone. I’m stranded on an empty road… and I’ve never changed a tire before… And my fiancé’s just hit me… tears well up in my eyes. This day really sucks!

Out of nowhere, a car pulled up behind me. The driver is alone. He’s tall, well over six feet, and well built. Something about him raises the hairs on my arms. He’s got those jaded dark eyes like the e-fit of the Homicide Highway Murderer. My heart rate quickens. I’m on the highway between LA and Malibu with a flat tire.

Boy his voice is creepy! I shake the thought from my head. My fiancé caught the serial killer and now he’s locked up on remand. Wayne caught the murderer and he celebrated by making our engagement official. He brought me a ring and everything! So if this isn’t a genuine offer of assistance then the homicide highway murderer has escaped from prison and I’m his next victim, obviously!

“My tires flat” I choke on my sobs as I explain “and I’ve left my cell at home.” He probably thinks I’m a total freak. Well I am aren’t I? Crying over a flat tire, I mean c’mon Julia get a grip! “S’pose I should check the spare.” I lean into the car to get my keys.

A strong hand wrapped around my throat. What the fuck? Panic balls in my stomach as my lungs began to burn. There was no air getting past his fingers. I try to remember some of the moves Ash taught me in college but I’m just too stunned to react and getting weaker by the second. But the guy was locked up! Wayne had caught him.

“Do you know where you are?” He asked in the creepy voice all television and movie villains had. Of course, I know where I am. I’m on Homicide Highway and a flat tire was the murderer calling card.

“Your future husband is soon going learn he has the wrong man, Miss Anderson.”

Where Does It All Come From? 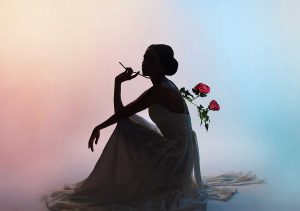 Your Character vs Your Genre??